Lina Ru is an explorer of the poetic. She spends most of her time searching for patterns in nature and language to create better poetry. She loves learning languages to find new ways to say the same ol’ same ol’ by changing grammatical structures and finding etymological bridges between languages.

Lina loves not only languages but also science. She has a degree in engineering which has helped her understand how poetic science actually is. She wasn’t interested in sharing her love for science as much as she does now because she thought that science didn’t need her poetics. Instead, she devoted her time trying to poetize about philosophical and ethical ideas.

She distrusted modernist grand narratives while still striving for wholeness, love, and beauty. Her focus is to establish a particular connection with you. By doing so she is able, not only to interact, but even collaborate with you to extend the notion of poetry as a process of being. “Poetry, for me, is alive. Poetry is the trees, the water, the breath, and even you because poetry is being and being is poetry,” Lina says.

That said, a shift in her thinking occurred that convinced her that science needed her poetic voice. It could be said that science isn’t poetic, but that would be a reductionist approach to the scientific. Richard Feynman’s Ode to a Flower teaches us that science hides a poetic essence that needs to be unveiled:

Lina has decided to unveil that beauty. After at least five hundred poems published on her website http://linaru.com, Lina will now spend her time trying to unveil the poetic in science. She is always in search of new areas for continued development. Hopefully, her poetics can be proof of that.

Her goal is bridge the sciences with the poetic to reveal an experience of growth, solace, fulfillment, and creative love through a semiotic play of images, sound, and textual meaning. If you are looking for a dose of sanity, beauty, and tranquility that attempts to poeticize science and philosophy, follow Lina’s work!

Lina is an engineer, a multilanguage learner, an avid runner, and an MPhil in Humanities graduate specialized in the philosophy of poetry. For her, poetry is an unfolding creative process, a way to play endlessly, not a finished state. For that reason, she revises and re-edits her work publicly until a poetic form (other than an exploratory) comes to being. Her poetry is a thoughtful play that explores sound and visual patterns and poetic forms. She attempts to bridge the sciences and philosophy with poetry and art. She publishes a new poem every other day, so follow her Creative Commons poetics here: http://linaru.com.

These are sample blurbs for informal press:

Lina is an independent artist that combines textuality with digital media, e.g. macro photography and poetic soundscapes, to reveal the poetics within the mundane. Lina has been doing so in order to extend the notion of poetry beyond the textual/visual. Also, although she creates poems to lead to some form of insight, it is also playful. Visit her art here: http://linaru.com
Lina is a philosophic poet creating multimedia poetry. She is revealing the poetic, a boundless perceiving, within and beyond the textual, visual and acoustic. Lina is sharing a poetic interpretation of being: Being Poetry at https://linaru.com/
Lina defines herself as a philopoiet, a concept that comes from the greek -poiesis and –philo. Lina sees herself as a poet of love, that is, an artist that loves creating. Lina does this by combining different media to extend the notion of poetry beyond the textual through digital media at http://linaru.com.

These photos can be used by the press. 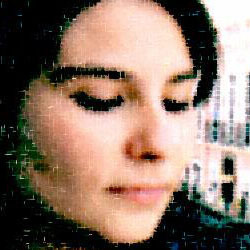 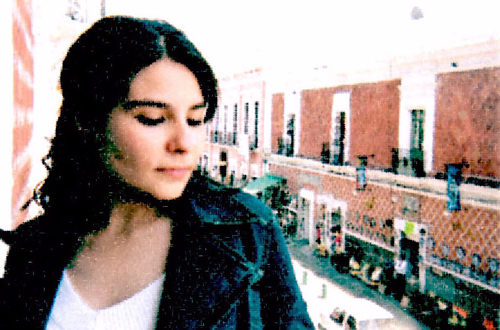